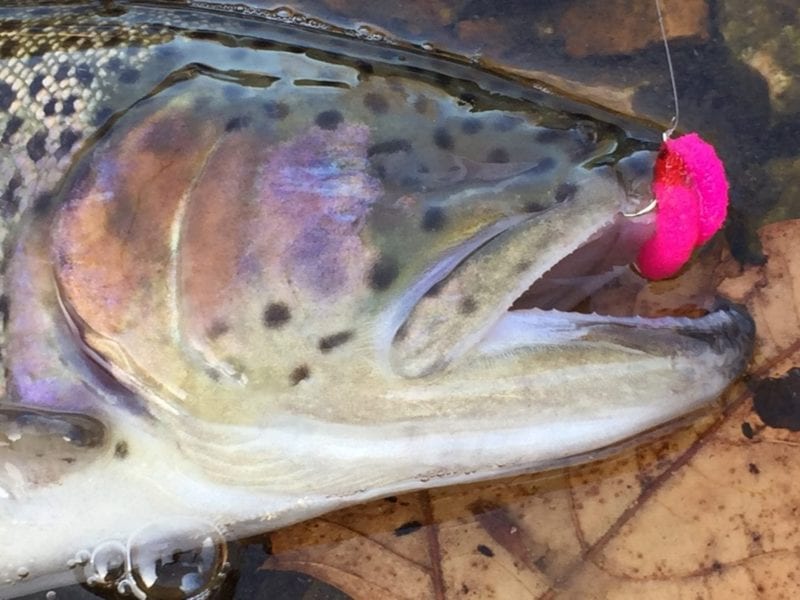 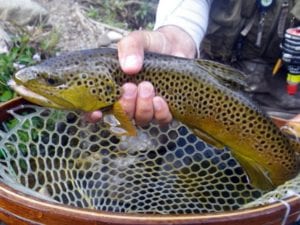 When Summer begins to drift into fall, this is when many anglers begin to fill their fly boxes with Terriestriles. Terrestrial can bring some of the most exhilarating hookups, as the fish are gorging themselves on these high protein bugs that only appear for short periods of time each year. So make sure you’re ready with the right bugs.

With a little extra planning, your late summer trip can produce an increased number of netted fish. Here are several of Wooly Bugger Fly Co. choices to increase your next adventure

Our first selection is the Chernobyl Ant.

This classic foam hopper is a monster that produces fish in multiple scenarios. Fish it near grassy banks, windy days and when you see a large number of hoppers around.

There are several effective ways to seduce fish into striking. You can go with a simple dead-drift technique ( always mend), skate the fly across the water giving the impression it’s struggling or my favorite smacking the water with it. The loud slap grabs the fish attention and often times a strike will occur at that point. 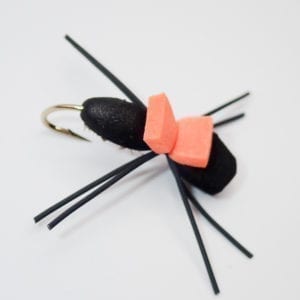 Beetles are an easy target for trout this time of year, if you see beetles on land they will find their way into the water. Again ply the grassy shoreline where they tend to fall in or near overhanging trees.

Go to this fly when trout refuse to take ants and hoppers switch to a beetle and they often will commit. Trout often sip them in. Bettles with an orange dot or foam tied in help with low light situations in late summer.

Make sure your box has a nice selection of ants these little guys are guides favorite weapon out west their boxes will be stocked up on both black & cinnamon colors in sizes 12-18.

Don’t shy away from them in other regions ants live everywhere. 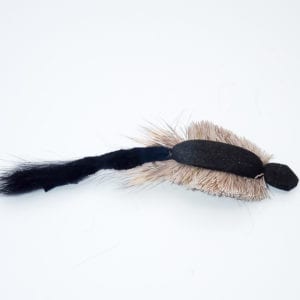 Do you want big strikes and hard fights then add a mouse or two, to your fly box? Late summer and fall mice begin foraging for more food to store up for the winter months. This often takes them for a swim making them a perfect snack for aggressively feeding trout or other species.

Fish mice patterns like you would many streamers experiment with your length of strips. Again fish them near banks, mice often struggle to get out of the water. Night fishing with mice is also great brown love to feed on when the sun is down.

Wooly Bugger has two mouse patterns the mourish mouse or just the mouse. 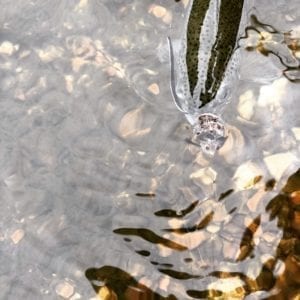 Worms a necessity year-round and we have the secret weapon of worms. It’s called the Cerise worm and it like crack to fish. Load up on a dozen and tell your friends about these hot flies.

I know how some guys feel about worms it’s a little like cheating but if you want to catch fish this fly is the way to go. Even the blind fish eat these worms. 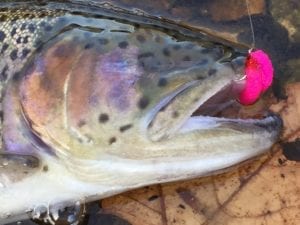