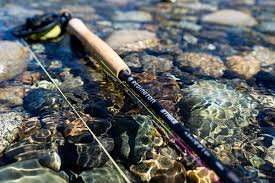 I was flattered to be asked to test and review the latest in a line of many Euro-nymphing rods being made these days.  Redington has finally made a rod specifically for euro nymphing. As many of you know Redington did turn their Hydrogen rod into a Euro rod by extending it to a longer length (10 -11 foot models). I have a 10 foot, 3wt Hydrogen “Euro” rod and it did well for me, but it did not get high ratings when tested with other rods built specifically as a Euro-nymphing rod.

Well, now Redington is in the game with their new Strike Euro-Nymph rod. The rod cost is $300 but with our FATC discount with Woolybugger Fly Company the price drops to a reasonable deal.  One of the top Euro-nymphing competition rods used by some of the members of the U.S. fly fishing team is the Sage ESN with a price tag of $900. Sage owns Redington. Hopefully, Redington took a few good qualities from the Sage ESN rod and put them into the Strike rod.

My first thought with a four piece, 11’ rod was am I going to be able to fit it in our “official” FATC gear bag. The answer is yes. An 11’, four-piece rod will fit sideways in the bottom of the bag or you can use the extra straps on the outside of the bag to hold this slightly longer rod. But remember this Strike rod also comes in lengths of 10 foot and 10 ½ foot if you desire a shorter rod.  On further inspection of the rod it had a “dull” finish which is ideal so that there will be little flash to spook trout when waving it around on a sunny day. Another feature I noticed right away was that the rod had an extended or longer than normal handle allowing the angler to find the perfect balance point regardless of reel choice without increasing weight to the rod. Please note that if you have a 3wt euro-rod you do not necessarily have to use a 3wt reel. In some cases, you do not want to do this. The reel should be one that is “heavy” enough to create a “good” rod balance. In other words, you should add your reel to your rod, and it should balance level when holding it with two or three fingers at the point where the handle and rod blank meet. This could mean using a 5 wt reel on a 3 wt euro rod. My other two euro-nymphing rods (Redington Hydrogen and the Epiphany from Moonshine Rods) do not have this longer handle feature. Plus, the Strike rod is lighter in weight than both the Epiphany and Hydrogen rods giving you less fatigue on the water. When adding my 4wt Ross Evolution LT reel to the rod it did balance well which should prevent me from getting tired as fast if it were not well balanced. The reel seat is also a down locking seat which puts the reel towards the end of the rod that helps with the balance.

You can see out of the tube that the Strike rod tip feels like it would be extremely sensitive, but we will truly have to test that aspect and how it fishes on the water. I fished the rod a half day while my friend, Jim Craig fished it the second half of the day so we could give you two different opinions on this new rod.

The field test of the Redington Strike Euro-nymphing rod took place on the Current river (Baptist Camp, Tan Vat and below the cable). It started out with a bang since to test a rod you must catch fish. Within five minutes I had three small brown trout in the net. First, I was concerned with the “longer” length of the rod I was testing – 11 feet – since I already have a 10 and 10 ½ foot euro-rod. I was pleasantly surprised. The extra reach was helpful, and the extra foot did not hinder casting. Just make sure, as with any long rod, that you know where the trees and bushes are when you cast. The sensitive rod tip made for excellent tippet protection when setting the hook. The rod also had great balance with the longer handle.  You were able to hold the rod forward or back on the handle to get the best feel (most euro rods have a normal length handle not allowing this feature).  I had no problem casting and putting my flies exactly where I wanted.

Many trout were caught this day which gave us a great opportunity to test this new Redington Strike rod. Jim says he would give it 4.5 out of 5 stars and would consider buying this rod himself. I enjoyed fishing with the Redington Strike rod and its price point is more than ideal for those that want to own a euro-nymphing rod but not pay an arm and a leg for it. If you are interested Jason Edwards at Woolybugger Fly Company can get this rod for you. Contact him at www.woolybuggerflyco.com